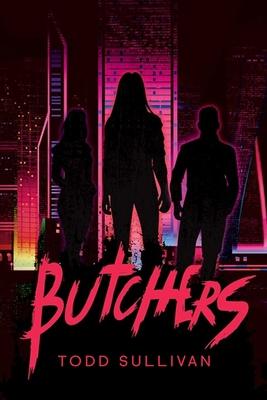 *Trigger Warning (the book, not this review): vivid descriptions of violence, torture, and sexual violence*

He clung to the surface of a rough brick wall five stories up. A bone saw attached to his belt by a thin chain swayed gently in the autumn breeze. He had sheathed his machete on his back beneath a rolled rubber body bag. He gazed into the dark room across from him. Cheol Yu, the target, hadn’t left the building since he’d met Sey-Mi, a high school student wearing a plaid skirt and short sleeved white shirt. Somewhere, behind the opaque windows of the apartment, Cheol Yu was with her, alone.

Min Gun’s superior, Jun Young, clung to the wall beside him. A wood-handled axe dangled in a leather sling at his side, his machete strapped to his waist. Where Min Gun carried a body bag, Jun Young had a leather weapon case strapped to his back. The company had tasked the two with arresting the suspect. Min Gun hoped Cheol Yu resisted enough so that he would be forced to kill him, saving him from months of torture.

That would be his noble deed of the day.

Kidnapped, turned, and locked away in a concrete basement, high school student Sey-Mi is taught the ways of the damned. Her captors, beautiful and malignant, cruel and insane, torture her until she pledges allegiance to the Gwanlyo, a secret organization of vampires now obsessed with bringing her into their ranks. But has Sey-Mi really sworn loyalty to such an obscenely cruel organisation? Or will she side with the rogue agents hell-bent on bringing the Gwanlyo to their knees?

Set in the urban city of Seoul, South Korea, Butchers lives up to it’s harsh and violent name. Following Sey-Mi as her life is thrown into disarray Sullivan weaves a tale of brutality, power, and control. A seventeen year old girl chosen to join the ranks of the Gwanlyo, an ancient vampiric organisation that expects compliance to their rules and will employ the harshest of punishments for anyone foolish enough to cross them, fights to see her family again.

Sey-Mi is dragged into an immortal life that she never asked for and now has to serve a tyrannical organisation set on breaking her mind and making it there own. But if there’s one thing a teenage girl doesn’t like, it’s being told what to do. And Sey-Mi is not alone in her thoughts. There are other agents of the Gwanlyo that are sick of their rules and their torture. Sullivan brings us on a story of resilience, savagery, and deception.

There is no question that Butchers has a lot of violence, some of which could be characterised as gratuitous, or unnecessary, though the story and characters are strong enough to balance out the blood-shed. Sullivan’s writing flows well enough that the flashes of sadism do not overwhelm the plot – and you end up hating the Gwanlyo just as much as their victims.

Butchers is an apt name for a novella chocked full of torture and tyranny, but behind the pain and the cruelty are those determined to stop it once and for all. 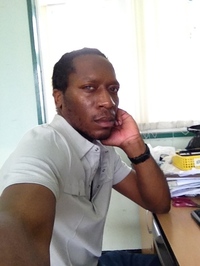 Todd Sullivan took his first serious writing class in 1995 and has been writing ever since. In the early 2000’s Sullivan moved to Jeju, South Korea, where he taught English in the public school system for five years. He currently lives in Seoul, and is studying the Korean language at Yonsei University. He is also working on a speculative fiction/urban horror novel that takes place in Korea.