You can also see my video review here.

Eden seems like a good place to die. Before arriving she hoped that would be the case, but now she is certain. Even if she wasn’t ready and prepared to embrace the endless sleep, darkness is all that faces her now. After what she has seen and experienced, and what lies before her, there can be no doubt.

The deep forest surrounding her sings unknown songs in voices she cannot understand. She has never been one for courting attention. The exact opposite, in fact, and that is her main reason for coming here. She came to lose herself and find some sort of peace. Instead, something has found her.

Wiping blood from her left eye, she’s surprised at how quickly it’s drying. It forms a crisp, sticky layer. binding her eyelid almost shut. She doesn’t want to confront death with one eye closed. She winces when several eyelashes are pulled out with the coagulated mass. It smears across her fingertips and palm, and forms dark half-moons beneath her nails. She stares at it, sad for all that has come to pass. It’s not her blood.

In a time of global warming and spiralling damage to the environment, the Virgin Zones were established to help combat the change.  Abandoned by humanity and given back to nature, these vast areas in a dozen remote locations across the planet were intended to become the lungs of the world.

But there are always those drawn to such places.  Extreme sports enthusiasts and adventure racing teams target the dangerous, sometimes deadly zones for illicit races.  Only the hardiest and most experienced dare undertake these expeditions. When one such team enters the oldest Zone, Eden, they aren’t prepared for what confronts them.  Nature has returned to Eden in an elemental, primeval way.  And here, nature is no longer humanity’s friend.

Set in a not too distant future and one that seems more and more plausible by the day, Eden tells the story of a group of adrenaline hungry adventurers set on traversing the oldest ‘virgin zone’ that the world has to offer. A group headed by veteran traveler Dylan and his tenacious daughter Jenn, the group quickly finds out that there are more motivations between them than simply making it to the other side on time. As secrets come to the forefront, relationships shift, and the strong bonds they would need on any journey are tested because this isn’t any journey; this is the most dangerous hike they’ve ever taken.

Eden is nature in defense mode. Not only are humans absent from the area, but Eden is hell bent on making sure they stay absent. The horror of flora and fauna working together to fight back against this group of humans, no matter how respectful of the environment they seem to think they are, is enough to get any readers adrenaline going. With underlying family issues and emotions in the way, our group of protagonists make frustrating mistakes despite their experience, and the darkness in Eden takes full advantage of these. 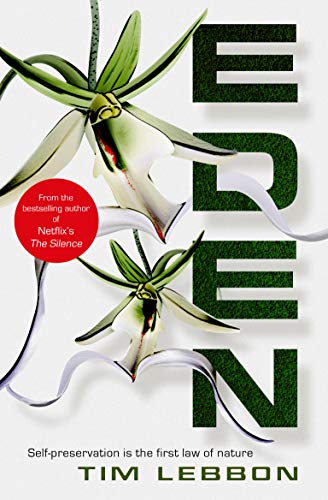 Action driven and immersive, Eden is the story of a haunting future that might just be possible, and one where people are not the saviours they wish they were. 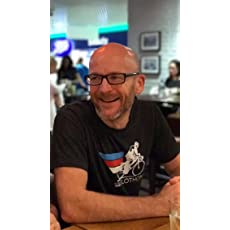 Tim Lebbon is a writer from England who loves cake. He’s written many novels, novellas, and short stories including horror, dark fantasy, and tie-in novels. He has written the novelisation of movies such as 30 Days of Night, Alien: Out of the Shadows, and Star Wars: Dawn of the Jedi. The movie of his novel The Silence is currently on Netflix and he also has a short story Pay the Ghost that was opted for a movie staring Nicholas Cage. For more information visit his website at http://www.timlebbon.net