The others said it came after dark, but Maisie wasn’t taking any chances. She carried a machete in a sheath strapped to her leg. The sound of its handle clicking against her belt should’ve empowered her, but instead it taunted. She’d never handled a weapon like this before, nor was she confident she’d be capable if the time came.

It was a dreary, late autumn evening in Essex County. Distant rain clouds added a modicum of diversity to an otherwise colourless sky. A rolling field of dried corn stalks separated Maisie’s ramshackle farmhouse from the edge of a dark forest.

Through narrowed eyes, she surveyed the motionless tree line. Shade from the canopy made it difficult to see farther than a few meters inside. For all she knew that damned beast hid just out of sight, waiting for the opportune moment to strike.

Maisie cradled a heft wicker basket under her arm, supporting its curved brim against her hip as she tugged at the squeaky clothesline. Like everything else on the farm, it needed replacing.

Adelyn wore a frilly white dress embroidered with flowers. The spotless fabric flapped in the wind as she swung on a rickety swing set. She looked like she’d traveled here from another time, from a world Maisie never knew.

“I’ll be right there,” she responded.

The swing set stood next to the house, no more than six meters from the back door. Maisie felt certain that if the creature attacked, she could but her daughter enough time to get inside. Whether the dilapidated building would offer much protection however, was another story.

It wasn’t that Maisie hadn’t tried to re-enforce the place. She’d boarded every window and installed makeshift crossbar brackets on both doors. Her handiwork wasn’t the problem so much as a lack of suitable materials. The old picnic table in the backyard became the first sacrifice, and since then she’d taken to prying up her bedroom floor. Unfortunately, most of these planks, regardless of their source, were already rotting long before she nailed them into place.

Residents of a small farming community, already struggling to survive in the aftermath of nuclear war, are faced with a new threat when a terrifying creature emerges from the woods and snatches a child from her bed. A trio of broken people, including the missing girl’s grief-stricken mother, an aging scavenger, and a surly hunter, must learn to work together and utilize their limited resources to slay the beast and return peace to the community.

Savage Days is a post-apocalyptic novel that explores the inherent human need for community and companionship struggling with the basic need to survive. Our trio of characters are well rounded, individually motivated, and fighters to the end. Young Maisie staying alive for her daughter, Benjamin and his love of music working for the community that shunned him to protect themselves, and the skilled hunter Caleb finding his place after the death of his ‘doomsday prepper’ father. A mis-matched team with their own agendas, all secretly wishing to find a friend but in the open, defensive for the sake of survival, leads to an unpredictable and often twisting hunt that threatens to get them all killed at every turn. The question is, is community more important than individual survival? And is survival for survivals sake, worth the effort?

Savage Days is a novel carried by the strength of the characters within it. Set in an America ravaged by looters, mutated humans and animals alike, and small farming communities struggling to return to a sense of normalcy for the sake of their children. Opening with their worst fears coming true – the thieving of a child in the night by a monster no one has seen – a harrowing journey is undertaken to stop this monster and keep the fearful community together. Van Dongen writes with skill and the careful treatment of his characters brings their stories to life. Using a well worn trope and breathing new life into radiated lungs, Savage Days is a novel waiting for a second or even a third reading. 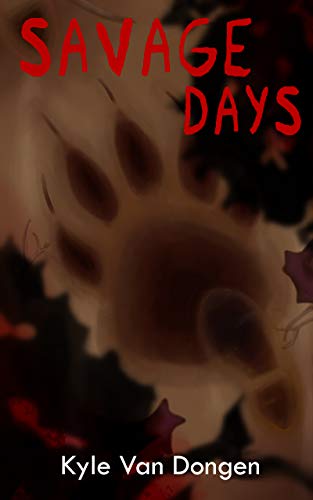 Savage Days is a story that will have you hooked from the very first page, and keep you hooked long after you’ve turned the last. Van Dongen will surely be a name to watch. 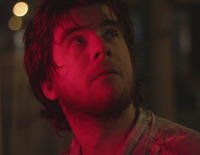 Kyle Van Dongen is a dark fiction writer from Canada. Savage Days is his first published novel and you can find him on Twitter here.

Are you a fan of post-apocalyptic fiction? What’s your favourite type of global destruction? Is setting or character more important when dealing with this genre? Let me know down below!