Paul sank back onto his bed, stared up at the spiderweb cracks in the high ceiling above. Many of the aides and nurses were kind at the hospital. But a handful were not and the night monitor for Ward III  was one of these. Truthfully, it made no difference to Paul whether the other man screamed the night away or not. He hadn’t slept a full night in weeks. When he’d first arrived he’d been in so much pain he hadn’t been lucid. Later, after the medicines wee decreased, he was able to get his bearings… and almost wished for the sweet oblivion the tiny pills had offered.

But he couldn’t – wouldn’t – allow himself the luxury. Whenever he closed his eyes he saw the horror he’d witnessed deep in the wood again and again. The same images would flicker, an endless loop. The two couples – he and Jane, Allen and Deirdre – in the woods, always dark and twisted, like ghostly photographs from long ago. Then the blood on the ground, a body swinging and stiff at the end of the makeshift noose –

Paul sat up, putting his feet on the bare, cold floor underneath him. Timmy let out a partial giggle and Paul glanced over. The big man was so large his bulk didn’t fit on the bed. A roll of flesh, soft and white like dough, flopped over the side of his cot. His face was serene, full-mooned, with his lips parted in a smile. Even in sleep, Timmy was happy and blessedly oblivious. Paul envied the big man. His childlike mind meant that he never fully grasped the harsh realities of life.

In 1917, four friends and photojournalists set out in the woods looking for answers. Why have so many hikers and hunters gone missing in the area of Shiny Creek Trail?

The two couples anticipate a great adventure, one they’ll tell their kids about someday. No one imagines the evil lurking in a remote cave. A horrifying discovery leaves one person dead and two others missing.

Two months later, Paul, one of the four, returns to the forest to find his wife. But will he find her before someone—or something—finds him?
​
Silence in the Woods is the long-awaited prequel to Shadow in the Woods and delves into the frightening territory of the supernatural and the human mind

Silence in the Woods starts off with our main character Paul and a high tension escape from the mental asylum he’s been in for the past six weeks, circa 1917. Paul, his wife Jane, and their friends Allan and Deirdre, went hiking in the woods and only Paul managed to get back out again, adamant that some kind of creature killed his friends, but unable to accept the fact that his wife might be dead even after all this time (possibly) alone in the wilderness. Is Paul deranged or is he telling the truth? Is there a creature in the woods and is it the same one that took the hikers they went up there to research? No matter the answers you are now along for the ride with Paul on this treacherous journey mired by shadow, danger and mystery.

The pacing of Silence in the Woods is exemplary. Switching between November Paul and his trek to get back to where he last saw his friends and hopefully find them alive, and September Paul and Co. as they reach the trail and the cave they settle in at the beginning of their journey, both sides of the story unravel together leaving no room for a sagging middle section to this novel. However, exposition and character development aren’t left by the wayside to accommodate the fast pace either. Choquette’s writing is skillful and enthralling, creating believable and sympathetic characters whose motivations are clear when they need to be and ambiguous when it suits. Her switching of point of view and time jumps, which are both difficult devices to get right at times, brings the story to life and gives the novel dimensions that would sorely be missed if this were a linear novel.

The ‘creatures’ in the story representing an inhuman good and evil are not thoroughly explained and can only be judged by how they interact with the small group. A cave with strange markings that infiltrate the mind, a shadow creature that brings out the worst in people, a humanoid with intelligent eyes and a knack for showing up just in the nick of time. Our small group of photojournalists are thrust into the centre of a tug of war they could have never imagined, and their own insecurities are brought to the surface by the monsters they struggle against. Infidelity, inferiority, lies, and love all come to light in the darkness of that cave, and the reader is delicately led through the minds of the group as they unravel and change for better or for worse.

The setting of this story is mostly a cave, and the back sections of that cave that go deeper than the group imagined and this gives the story a timeless and isolating feeling. There’s old stone furniture used at one point giving the impression that the group are only one small link in a chain of darkness and violence that has been going on for possibly centuries. Nature as an immutable force that holds secrets humanity has forgotten, perhaps willingly, is a theme through this story and one that makes the characters of Paul, Jane, Allan, and Deirdre seem like pawns in an unfortunate game that they didn’t sign up for. This story will make you think twice before stepping into the woods again.

Silence In The Woods is a story of relentless perseverance, of human curiosity, and of the strange and unexplained creatures that can warp our minds so easily. Fast paced and carefully written, a prequel that only wets the appetite for the next book in line, Silence In The Woods will leave you shivering, wondering, and eager for the next leg of the journey. 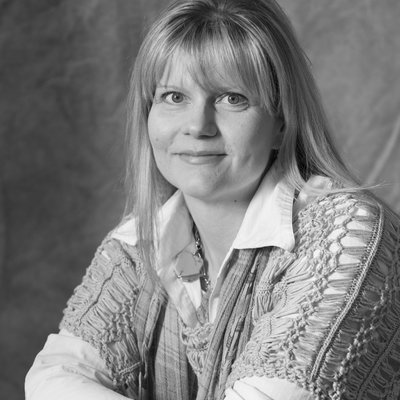 J. P. Choquette is an author of thriller novels from Vermont who enjoys writing about stories that tie in art, nature, and psychology. When not writing she spends time watching Gothic movies, spending time with her family, or visiting old cemeteries. You can find out more about her and her work from her website jpchoquette.me

Links to Buy and Review –

Is Bigfoot good or evil in your mind? What’s your favourite scary story set in the woods? Do you find time jumps confusing or intriguing?