Though he didn’t say it, not wanting to scare her any further, he new in his gut that what was happening was no accident. As they wandered along, trying to figure out which direction they were heading in, a sickening smell grabbed their attention. Instead of moving away from it, they decided to follow it. If anything, it might lead them to some form of civilisation – some answer. With every cautious step, moving from the cover of each tree, it grew stronger, until they came to its source – a grey chain-link fence, about ten-foot high, with razor wire looping along its top. Fused to it were bodies – dozens of them – all naked, their charred remains blackened and reeking from the stench of electrified death and decomposition.

Eight gasped in horror at the sight, turning into Seven’s chest to shield her vision from the hordes of flies, swarming and crawling all over the poor souls.

Seven held her tight, unable to look away from the burnt remains of these people who so obviously had tried to escape from their harrowing predicament, or simply chose an easy out. Whatever the reason, Seven and Eight embraced as the realisation of their reality dawned. Beyond the fence stood nothing but trees as far as the eye could see, and they were obviously on the wrong side of it. He scanned along the structure until it was swallowed up in the far distance by the forest. We’re trapped.

Two strangers wake up in a wood, naked and chained to adjoining trees with no memory of how they got there or who they are. Soon a disembodied voice is barking orders and they’re following them, but should they be? They need to find a way out of this strange and violent facility, but can they make it out alive?

Weeping Season is a fast paced paranoia filled story, a mysterious mindfuck until the very last quarter and just when you think you get it – you don’t. It hits the ground running and doesn’t let up until the last page. If you’re looking for a level-headed and rational story, you’ve come to the wrong place. Based on this and O’Connor’s debut novella Mongrel, it looks like O’Connor likes to force his characters into dangerous and isolating scenarios and torturous wilderness and push them to their limits – there’s no exception for Weeping Season.

You can find my review of O’Connor’s first novella The Mongrel here.

Reading the story I did feel that at times the pace was a little too frantic. There seemed to be significant moments and acts happening to and we’re enacted by the group that were almost glossed over by the rushing time. A couple of times I did reread paragraphs just to let certain things sink in better. I think if the story was perhaps a little longer there would have been more space for the moments to be stretched out and have more of an impact on me. There are also multiple people in this group of kidnapees and though some of them are described in depth, a couple faded into the background, particularly the woman who is found unconscious and stays unconscious for the rest of the story. I was expecting her to awake and have some sort of part of the plot but she seems like a dead weight that could have been used more effectively. In saying this though, the main characters are fleshed out enough that this isn’t a major road block for the reader, just something I noticed when reading. 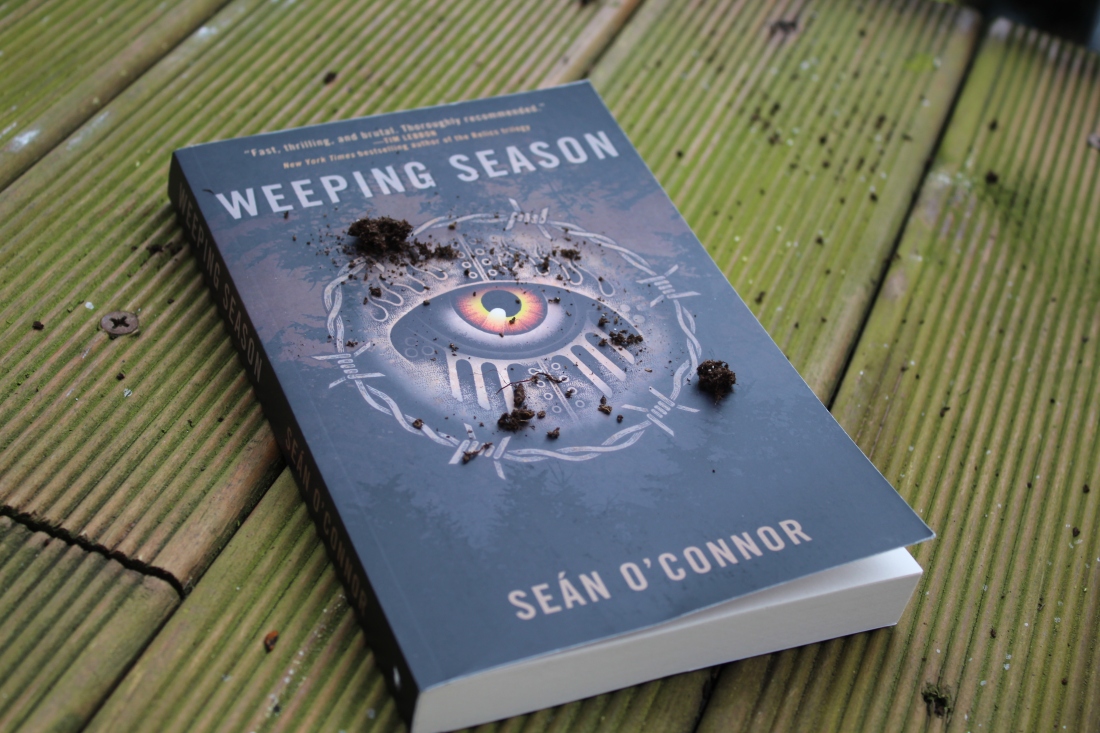 Weeping Season has been compared to Charlie Brooker’s Black Mirror which never fails to conjure up images of advanced technologies used maliciously and twists that never fail to shock, and I can tell you its a pretty fair comparison here. There’s something about being watched by (usually) rich and sadistic people, that gives most readers the creep factor, and Weeping Season mixes this creep factor with violence, amnesia, a desperate need to survive – the recipe for a dark and savage novel. If you’re looking for a stories that plunge you right into terrifying situations along with the protagonist, give the reader nothing that the protagonist doesn’t get, and leaves you with your jaw on the floor in the last chapter, I’d suggest you look up O’Connor and keep an eye on that name in the future. 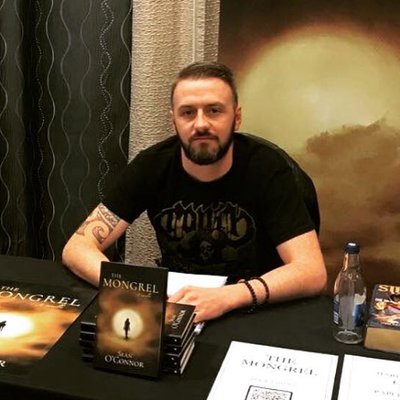 Seán O’Connor is an Irish author born in Dublin. Always a lover of horror and dark fiction, his debut horror novella ‘The Mongrel‘ was published by Matador Press in October 2018, and he currently lives in North Dublin with his fiance and son working on his next tale of darkness.

Links to Buy and Review-

How do you feel about mystery horror novels? Have you read O’Connor’s ‘Mongrel’ yet? What do you think of technology in horror stories?