*Disclaimer* I was given a copy of this book in exchange for an honest review.

An appropriate name for the place, which is a squat, concrete box that hunches just this side of Hell and just the other side of Nowhere.

The Watcher notes all this. That is the Watcher’s job.

There are other Watchers, of course, but this one is here now. This Watcher has been charged to take note of these things. To prepare the way for what will come next.

As though bidden – for bidden it was, and is, and shall continue to be – a think fog rolls in. It eats the night as it crawls forward, otherworldly and strange. 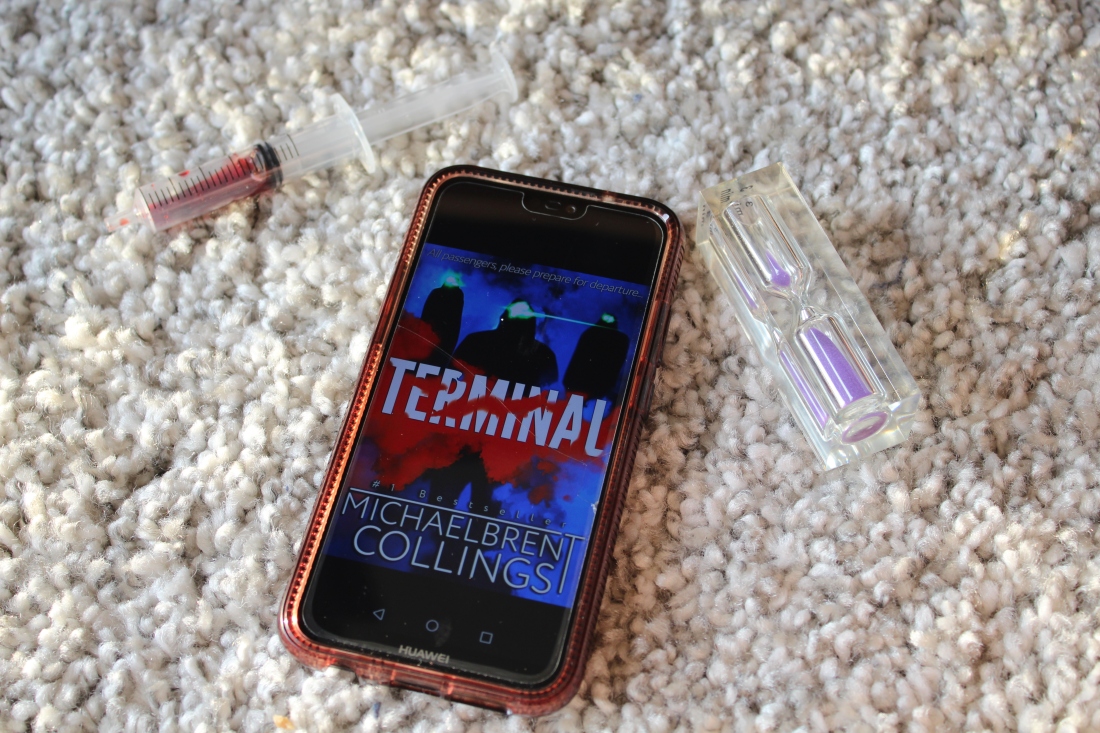 Ten strangers in a bus terminal. A cop who made a mistake and now drinks to dull the pain of a dead end job. A ticket collector who wants her daughter to have the life she never had. Said daughter hiding a dark secret from her mother. A newlywed couple high on love. A makeup saleswoman on the way to meet someone she’s waited far too long to meet. A tattooed man who just wants to finish his book. An autistic man trying his best to function. A nervous man with lots of bags. A beautiful young woman held in a cell who wants to make it to the big screen. An eclectic group that on the surface seem to be holding themselves in check, bowing to social convention, but a fog is rolling in, a fog that happens to have eyes that see much more than light, and for the group and their rational minds, it’s about to get very dark inside that terminal. It doesn’t take long for threads to be pulled and things to unravel. An anonymous source is demanding a unanimous decision – only one can leave, the rest will die. All in favour?

I’d first like to say that I read the email requesting to review this while I was standing in a recently renovated airport terminal and as I was reading the unsettling synopsis, the lights began to flicker. Well, I wasn’t about to turn down a sign like that. This did lead to me thinking I was going into a story about planes rather than buses – I may have had to read the first passages a few times to get my mind in the right area, but never let it be said that I don’t adapt quickly.

But after my own induced confusion, Terminal turned out to be a thoroughly enjoyable read. The plot arch may be a familiar one to any horror movie fans – a group of strangers terrorized by faceless evil, being forced to give up their humanity to save themselves – but in no way did I feel bored or uninterested with how it was laid out in Terminal. The characters are deftly handled, each one presented in depth and realistic detail to leave the reader with individuals who you certainly won’t find easy to like, but will find impossible to dismiss. There’s a very human, flawed element to the story that only becomes clearer and clearer with each turn of the page, like travelling into the fog itself. Greed, insecurity, shame, arrogance; you can find all of it in this novel with a healthy dose of blood, mystery, and terror as well.

What makes the story so compelling and really what stretches out the short timeline and the plot that only has one driving force behind it, are the characters. What Collings achieves with the multiple character perspective that he gives the reader a reason to care. He gives you a snippet of each diverse characters background and desires, without saturating the current immediate moment, but just enough that you can see past the surface stereotype that the characters are seeing themselves. Maybe the lazy cop has a spark of energy in him, maybe the crazy in love newly weds are hiding more than just romance up their sleeves, maybe the middle aged saleswoman isn’t just a perfectly powdered face. There are layers to these people that make them real, and make them more than the 2D outlines that a lot of stories fall flat on. Whatever you make of Terminal and it’s story line, the people are frighteningly real.

The ending was an unexpected delight. I gave up trying to figure out who would be left standing with all of the twists and turns thrown at me, and it turned out I had no idea where that left-hook was coming from anyway. I was too caught up in the human elements/stories to see what was being deducted right in front of my eyes. There were twists and elements that were skillfully unraveled about each character, calling everyone’s motives into question. Whoever you choose to root for, whoever you want to be all in favour of, I think you’ll be surprised in the end.

I’d recommend this book for anyone looking for a compelling read with rich characters. It hosts a cast of diverse personalities, tells a modern story of isolation in our technologically obsessed world, and will give you heart palpitations the next time you see a fog roll in.

Michaelbrent Collings is an international bestseller and a multiple Bram Stoker Award Nominee. He writes across multiple genres, including but not limited to, horror, thriller, sci-fi, fantasy, and YA. You can find out more about Collings and his work at his website.

Links to Buy and Review

How do you think you would deal with a vote for death situation? Could you keep your morals? Or do social conventions matter in the end?