So, a little story time first.

I studied English in university and during an exercise in one of the classes, we were asked to take a list of writers and place them within a circle. The more influential the writer was the closer to the center they would go, the least influential sticking to the outer rim. We were given a handful of writers from modern to ancient but the two I remember were J.R.R. Tolkien and Lord Byron. I argued in my group that J.R.R. Tolkien should be near the middle because his work has had such a huge influence on popular culture, even if you hate fantasy and you’ve never read Lord of The Rings, when you think of an elf or a wizard, you are thinking of his creations. The rest of my group agreed. Our lecturer however, did not. I was given a condescending sneer as she moved Tolkien‘s name to the furthest reaches of the circle and told that because he was a ‘genre writer’ and because Lord Byron was a ‘literary writer’ that obviously Lord Byron had more influence. I don’t know about you but I can’t name you a Byron poem, and I studied the guy. All I remember is that he had a club foot and he was there when Mary Shelley, another genre writer, wrote Frankenstein. I’m not saying he wasn’t influential and his work should be forgotten, but we have a habit of rehashing old stuff when we should be supporting writers and artists who are alive right now and actually need it.

That class was my first look into genre elitism, and as I did a double major and studied music, there was plenty more where that came from. But just like everything else in life, genres are not inherently bad, they do serve a purpose, it’s our fault for how we sometimes use them.

What are genres good for?

We love to categorize everything because it helps us make sense of things in a complicated and messy world, and this is no less true when it comes to books. Genres are a way for us to simplify and find the things we need, they help publishers sell books to the people most likely to enjoy them, and they help readers find more of what they are most likely to enjoy – so in that sense having genres is a win win.

Have you ever been excited for a book or movie only to realise that it wasn’t what you thought it was going to be? Marketing can really be to blame for this. There are loads of movie trailers online where they’ve made kids movies look like horror, and thrillers look like teen coming of age stories – its all in how you present it.

Take this for example: 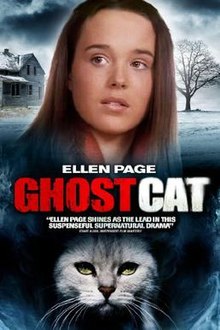 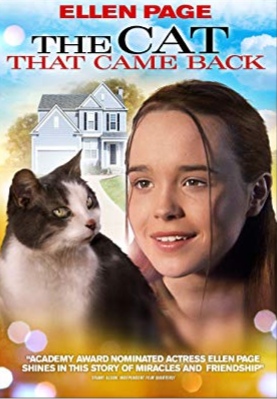 In early 2000s Ellen Page stared in a two movies called ‘Ghost Cat‘ and ‘The Cat That Came Back‘. If you looked at these two posters they look like completely different movies, the left looking and sounding like a horror to me, and the right like a heart warming tale of love beyond the grave. The problem is, these are the same movie, and it even had a third name ‘Mrs. Ashboro’s Cat‘. WHY? Because once you stick a label on something you are shutting off the opportunity to use other labels. If you market as a horror, you get horror fans, if you market as a feel good movie, you get feel good fans, so why not cast your net wide and get both?

It’s absurd to think about now, but it’s the reason books have different covers in different countries, and why, when they realised men weren’t drinking Diet Coke because it was a ‘women’s drink’, they came up with Coke Zero, which is much more manly.

Genres can morph and merge, they can cross borders and reinvent themselves and we see this all the time in stand out books and movies. It all comes down to the formula and tropes that are used to tell the story. We all know them, and if we see certain tropes we get an idea of what we can expect from the story and we automatically label it a ‘western’ or a ‘crime novel’. But those same tropes, with just a little bit of tweaking can completely change how we think about the story. Take ‘women’s fiction’ for example, if you were to take a woman’s fiction book about family, divorce, realistic life struggles, and replace the female lead with a male lead, you suddenly get ‘literary fiction’, the golden boy (pun always intended) of genres. Sometimes books don’t fit the mold of a clearly defined genre, or the can easily slot onto the shelves of many.

Literary fiction is always given more respect than any other forms of writing. I can’t tell you how many writing groups I’ve been in where I was the only ‘genre writer’ and every time someone read a piece of mine they started with ‘I NEVER read stuff like this, so, I did’t really know what to make of it…‘ or ‘You guys are so clever coming with all this stuff! I really envy your imagination. I wish I could write like that‘. In short, it’s cute but there aren’t enough metaphors for sex or impotence. And if a literary fiction writer in one of those groups goes ‘a bit mad’ and decides to throw in something surreal, they are praised for picking elements or for transcending the genre, another sarcastic way of saying ‘you are better than them’.

The fact that its called genre fiction leads you to believe that literary fiction lies outside of genre altogether, that it is the basis for everything and therefore the most pure.

And look, I’m not shitting on literary fiction, what I don’t like about genre elitism, is that we make people feel bad about what they like. We should be celebrating reading and writing, not shaming teens for ready YA, BOOKS WRITTEN FOR THEM I MIGHT ADD, or adults for reading Sci-Fi or Fantasy. Genres are a pointer, a helpful hand given us something to start with, but a great story is a great story.

Readers – Expand your reach, try new things and don’t have ‘guilty pleasures’, there’s nothing to feel guilty about.

Writers – Mix, melt, merge and smash together. Don’t let people tell you you can’t write X because you only write Y, or that no one respectable reads Z. Just make the story great.

What are you opinions on genre? Have you been duped before by a movie trailer or book blurb? Or do you think that ‘genre fiction’ really is sub par? Let me know down below.